Antonio Ducati and his three sons Bruno, Marcello and Adriano founded the Society of scientific and radio components in Bologna to produce vacuum tubes, condensers and other radio 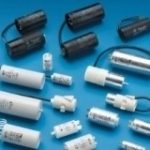 The family has become successful enough to enable construction of a new factory situated in the Borga Panigale are of Bologna. Throughout WWII production was continued despite heavy bombing of the factory by Allied aircraft.

Almost a month after the liberation of Italy a small Turinese factory SIATA announced its intention to start selling a small pushrod engine for mounting on bicycles, called the Cucciolo which is Italian for puppy, in reference to the sound its exhaust made. The first Cucciolo’s were available alone or made to be mounted on bicycles, but mostly they were bought by business owners and sold attached to a new bicycles from their own shops.

By 1950 more that 200,000 had been sold in collaboration with SIATA, the Ducati company finally offered its own Cucciolo based motorcycle, With a top speed of 40mph it had a 15mm carburettor giving it just under 200mpg (us) Ducati called the models 55M and 65TL.

In early 1952 Ducati introduced the Cruiser which was a four stroke motor scooter at that years motor show. However it was not a great success and only a few thousand were made over a two year period before it ceased production.